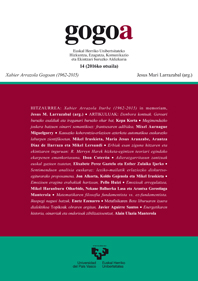 The aim of this paper is to study the role that is attributed at present to emotions in decision making. We make decisions constantly. Some of them are important, or very important, others not so much. When the outcomes are of great importance, one's desire to make a good decision is, of course, understandable. But the question is what people should do for that. Most of us were taught that, before we make a decision, we should examine the choices carefully and weigh up the pros and cons of each choice. Our decisions should be based on rational analysis of the choices, because we are logical beings. This is the idea we can find behind the philosophies of Plato and Descartes; modern economy is also based on the same idea, just like cognitive science's research for many decades. We have been defined as rational beings, rationality was what made us human. But, is it true? What's about the emotional side of human beings? Aren't we emotional as much as rational? Since Plato (and his metaphor of the chariot), most of the western thinkers agreed that emotions, at worst, hinder reason and, at best, are a harmless luxury. It is the negative view of emotions. About 35 years ago, however, the time of the positive view of emotions began. According to the positive view, if we want to behave reasonably and make good decisions, emotions are decisive.