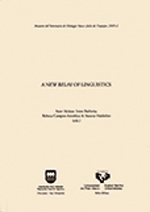 Zurich German (ZG) relative clauses are remarkable from a Germanic point of view in that resumptive pronouns are employed instead of relative pronouns. Reconstruction effects and Strong Crossover violations show that movement is involved in the derivation of ZG relative clauses. Matching effects sensitive to case and preposition provide crucial evidence that the distribution of resumptives is determined by general licensing conditions on oblique case and prepositions. The matching/non-matching dichotomy is modeled as an instance of Distributed Deletion, which is claimed to be independently available in the language. Matching is furthermore sensitive to the actual surface form and thus favors a late insertion approach to morphology.